The Doctrine of Discovery, Unmasking The Domination Code (film)

Doctrine of Discovery and Rights of Indigenous Peoples (UUA)

Pagans in a Promised Land: Decoding the Doctrine of Christian Discovery (book).  Pagans in the Promised Land provides a startling challenge to U.S. federal Indian law and policy. Using history and cognitive theory, Steven Newcomb demonstrates how U.S. government officials have used religious concepts of Christendom, often unconsciously, to justify the taking of Native American lands and to deny the original independence of Indian nations. He demonstrates that the landmark case Johnson v. M’Intosh is premised in part on the Old Testament narrative of the “chosen people” having a divine right to the “promised land,” and how continued U.S. reliance on ancient religious distinctions between “Christians” and “heathens” violates the bedrock doctrine of separations of church and state. An important addition to Native American and legal scholarship, Pagans int he Promised Land makes a compelling case for the reversal of this conqueror-based doctrine, which continues to influence U.S. federal Indian law and policy to this day.

rethought.org Expanded and in-depth sessions on the Doctrine of Discovery.

Salmon People:  A tribe’s decades-long fight to take down the Lower Snake River Dams and restore a way of life. (Seattle Times by Linda Mapes).

Challenges of the Salish Sea 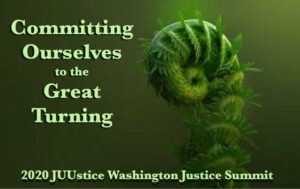