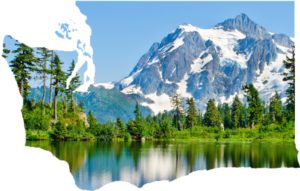 Starting with our January 2020 Board Meeting, JUUstice Washington Board members will be evaluating where we are and where we would like and need to go in the future.  We are open to your input!  Contact office@juustwa.org if you have any ideas or recommendations.  We are also open to volunteers and nominations of board members and issue team members.  Let us know if you are interested in a leadership position with us.

Because of inclement weather, the Seattle Womxn’s March has been rescheduled for March 8, 2020, International Womxn’s Day. More

Due to the current political climate with increased tensions at our northern border, Community 2 Community is shifting its strategy. We will no longer be holding Dignity Vigils at the Barkley location or the Wednesday Dignity Vigils at the Ferndale CBP facility.  We urge our supporters to focus their energies and attend the Thursday Ferndale Dignity Vigils at the C.B.P. facility, 1431 Sunset Avenue Ferndale, Thursdays from 12 noon – 1 p.m, to demand that they stop collaborating with I.C.E., stop racial profiling, and stop holding undocumented folks in their facilities!  More

♦ My Black is BLUU. The Harper-Jordan Memorial Symposium, in Saint Paul, Minnesota, October 30–November 2, gave Black attendees the gift of affirmed wholeness—the feeling that we didn’t have to leave any parts of ourselves behind. Since 2015, BLUU has focused on creating sacred Black space, whether that’s through online, Black-only worship experiences or through in-person events, like its 2017 Convening in New Orleans or 2018 Revival in Kansas City, Missouri.“We are walking fully in our agency and creating spaces to hold each other, to worship together, to build community, to build a relationship, and to really center in something that I think is becoming evident about a Black Unitarian Universalism,” said Dr. Takiyah Nur Amin, BLUU content director and Harper-Jordan Memorial Symposium co-convener, “which is our faith is not a confessional faith, whereby the evidence of your faith is what you confess to believe, but rather that the evidence of our faith as Unitarian Universalists is in the depth and quality of our relationships. So the evidence of our faith is in how we love each other and how we affirm and support each other’s full humanity.”  Read more here.

♦ Nourishing Network presents Guest Speaker: Chris Lovings, speaking on  Immigration 101: What to do if ICE visits.  Lovings, an East Side Legal Assistance Program  pro bono attorney, will provide you with information and tools to help inform and educate your clients and yourself on individual rights and what you can and cannot do when confronted by ICE officials at your home or 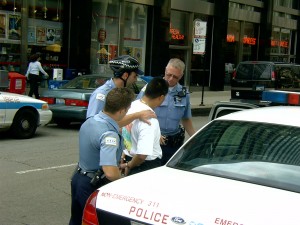 ♦ Washington state sues over courthouse immigration arrests.  Washington state sued the Trump administration Tuesday seeking to stop its practice of arresting people at courthouses for immigration violations, saying it interferes with the state’s authority to run its judicial system and endangers public safety.  The lawsuit filed in U.S. District Court in Seattle says that when Immigration and Customs Enforcement or Customs and Border Protection agents patrol courthouse hallways and parking lots it deters crime victims and witnesses from testifying and interferes with criminal prosecutions.  Read more here.

♦ Wet’suwet’en Hereditary Chiefs Evict Coastal GasLink from Territory.  Wet’suwet’en Hereditary Chiefs representing all five clans of the Wet’suwet’en Nation have issued an eviction notice to the Coastal GasLink (CGL) pipeline company. The eviction of CGL is effective immediately, and applies to “Camp 9A” on Dark House territory, as well as the neighbouring Gidimt’en, Tsayu, and Laksamshu clan territories. Hereditary chiefs have gathered on Gidimt’en and Gilseyhu territories to monitor the eviction.  Read more here.

♦ Bellingham Unitarian Fellowship is co-sponsoring with the Bellingham Human Rights Film Festival, a film related to the Truth and Reconciliation movement.  On Feb 24th 7:00 pm BUF and BHRFF will be showing Blood Memory, a film about Indian child removal and the Indian Child Welfare Act. 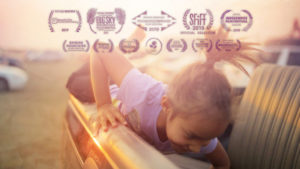 “Sandy White Hawk’s story of adoption is not of saving an orphan, but of creating one. At 18-months she was removed from her Sicangu Lakota relatives and taken to live with missionaries, a traumatic experience she later found to be part of a federally-funded assimilative movement that targeted American Indian children. As Sandy defies bureaucratic genocide and works to bring home members of this stolen generation, a buzz begins to form around Mark Fiddler, a member of the Turtle Mountain Band of Chippewa Indians who put heritage on trial as lead attorney in the 2013 Supreme Court case Adoptive Couple v. Baby Girl. Mark argued against the Indian Child Welfare Act – a law passed in 1978 to fortify tribes and halt the systematic displacements of the Adoption Era. The Court’s controversial decision to bypass the Act in favor of a white adoptive couple was seen as a win for the “adoption industry,” outraging Sandy and fellow advocates and resurfacing generations of trauma throughout Indian Country.”

♦ Join Fix Democracy First & the League of Women Voters of Washington in Olympia on January 21, 2020 for a powerful day of advocating for democracy. You will learn about critical issues & bills, hear from legislators, be trained by professional lobbyists, meet with elected officials, and network with fellow constituents. Register here Lunch and refreshments provided. Donations welcome.  More

♦ The WA State Legislative Session is in session!  And with the start of the legislative session, a whole host of advocacy days are being planned.  Check out our Legislative Advocacy page to see what days and topics are planned for the upcoming session.  Whether you are passionate about the climate, poverty or immigration, there’s an advocacy day planned for you to help guide you in making your voice heard in our State Legislature.

♦♦ A new organization, Change Roots, wants to be the app empowering you to end toxic partisanship. Check it out here.

♦♦ Friday, January 24, Register to help with King County’s Annual Point in Time Homeless Count. A successful and accurate PIT Count is an essential component to informing our system response to the need in our community and to ultimately making homelessness rare, brief and one-time.  More
♦ Youth Advocacy Day – Jan. 31st 2020.  Hosted by The Mockingbird Society [Teen Homelessness]
Friday, January 31, 2020 at 8 AM – 2 PM.  Register today
♦ Make your plans now for Housing and Homelessness Advocacy Day!  Monday, February 3, 2020
Washington Center for the Performing Arts, 512 Washington St SE, Olympia, WA 98501.  Click here to Register for HHAD 2020
♦ Severe Weather Resources for the East Side

♦ League of Women Voters: 2020 Issue Paper: Criminal Justice Reform. Reform is needed at every stage of the criminal justice process, from the cash bail system that disproportionately locks up poor people, to a system of mass incarceration that is expensive, unjust, and ineffective, to the difficulties encountered by people who have been imprisoned once they return to society. While the Washington Legislature passed several bills in 2019 addressing criminal justice reform, there is still much work to be done. Read more here.

♦ MLK Day Rally Against Mass Incarceration.  Join us in Olympia on MLK Day January 20th at 5:00 PM on the steps of the capitol.  We’ll light 1,300 candles for the 1,300 people scheduled to die in Washington prisons. Our demand is clear: we want a #SecondChanceNOW for WA prisoners who are in longer than science, dignity, and safety recommend.  This rally is organized by many groups and individuals representing former and current prisoners and families and friends of prisoners and victims.  More info here. 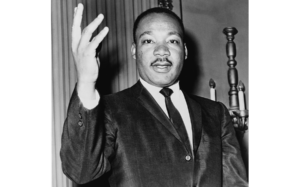 ♦ January 20th, 2020, Faith Action Network and the Jewish Community workshops and march in solidarity to celebrate Martin Luther King Day. Workshops start at 8:30 am, meet at 12:30 at Garfield High School to continue the march to Seattle City Hall. More

♦ Tuesday, Jan. 28th  Film, 7:00 to 9:00 pm, Bellevue. Race: The Power of an Illusion, The house we live in. East Shore Unitarian Church, 12700 SE 32Nd Street, Bellevue, WA. Community Potluck Dinner beginning at 5PM – All are welcome/$5 suggested donation, but no one turned away for lack of resources! Film starts at 7:00.  Following the film, there will be a moderated discussion. More

♦  Workshop: Uprooting Racism for White Folks (Port Townsend WA).  Feb 1-2, 2020.Join us for a highly experiential 2-day workshop exploring how European-Americans “White” people can be more effective on the journey towards eliminating racism. Facilitated by Zhaleh Almaee & Marc Weinblatt.  “As White people, we have a responsibility to do our own work in order to be better agents of liberation with all people. It is a humbling lifetime journey.”  More info here.

♦ Report: Washington State Patrol singles out Native American drivers.  Twelve years ago, academic researchers working with the Washington State Patrol raised a warning flag: Troopers were searching drivers from minority communities, particularly Native Americans, at a much higher rate than whites. They recommended additional study.  That was the last time the WSP conducted a substantive analysis of the race and ethnicity of drivers searched by troopers.  Meanwhile, troopers continued to search Native Americans at a rate much higher – more than five times – than that of whites, an analysis by InvestigateWest shows. The patrol also continued conducting searches at an elevated rate for blacks, Latinos and Pacific Islanders.  Read more here.

♦♦ Join the Environmental Justice Practitioners Network (EJPN) webinar on January 23, 2020, with special guest Gail Forsyth-Vail, to learn about the 2020 UUA Common Read, An Indigenous Peoples History of the United States by Roxanne Dunbar-Ortiz. Engage your congregation in a book with an environmental justice lens. This webinar program will discuss the original book as well as the newly released youth version of the book. More

♦♦♦ Volunteer to host a Sunrise Movement House Party January 29th, 2020, part of the youth-led Sunrise Movement’s plan to win a green new deal. Sign up here. From small towns to cities to Washington DC, we need to make the climate crisis and the Green New Deal the defining issues of the 2020 election. More

♦ Australia Is Committing Climate Suicide.  As record fires rage, the country’s leaders seem intent on sending it to its doom.  Australia today is ground zero for the climate catastrophe. Its glorious Great Barrier Reef is dying, its world-heritage rain forests are burning, its giant kelp forests have largely vanished, numerous towns have run out of water or are about to, and now the vast continent is burning on a scale never before seen.

The images of the fires are a cross between “Mad Max” and “On the Beach”: thousands driven onto beaches in a dull orange haze, crowded tableaux of people and animals almost medieval in their strange muteness — half-Bruegel, half-Bosch, ringed by fire, survivors’ faces hidden behind masks and swimming goggles. Day turns to night as smoke extinguishes all light in the horrifying minutes before the red glow announces the imminence of the inferno. Flames leaping 200 feet into the air. Fire tornadoes. Terrified children at the helm of dinghies, piloting away from the flames, refugees in their own country.  Read more here.

From coastal cities to our country’s heartland, this National Geographic documentary celebrates how people are demanding and developing real solutions to the climate emergency. As the weather grows more deadly and destructive, many of us aren’t waiting on Washington, D.C. to act. Set against the national debate over the United States’ energy future — and the explosive decision to exit the Paris Climate Agreement — “Paris to Pittsburgh” captures what’s at stake for communities around the country and the inspiring ways Americans are responding. More

For other Movies for Justice, please check out the JUUstice Washington calendar or the Meaningful Movies® Website

♦ Join UU activists and others in a stand against the marginalization of people of color in our area and across the nation. We stand to get those that see us talking about this taboo subject later in their day with those they encounter.  NW corner of Peter Kirk Park, 3rd and Central, Kirkland WA, 12:30-1:30 pm.

For this and other scheduled protests, vigils, flash stances and rallies, please check out the JUUstice Washington calendar