In 2018, the legislature passed a bill reducing legal financial obligations (LFO) imposed on defendants convicted of crimes. At that time, LFO legislation was one of the priorities identified at the 2017 Justice Summit. LFO’s are court costs and other financial costs that recently incarcerated people are required to pay after release, and they can deter them from paying other costs such as housing or job searches. HB 1412 would reduce these costs even more because it:

Take Action: you can contact your representatives to support the bill by clicking on the bill number, HB 1412, which will take you to the bill information page on the legislative website. Then click on “Comment on this Bill,” fill in details to find your reps, and indicate that you support the bill. Below are some the comments made during hearings on February 3, 2021.

The Washington Immigrant Solidarity Network is thrilled to share that the Fair Fight Bond Fund is open and accepting applications for people who are detained by immigration in the State of Washington and need support with paying bond. To request assistance with paying a bond, a request form must be completed. This request form will be reviewed by the Fair Fight Bond Fund steering committee. The steering committee is made up of seven community members, including people who have been directly impacted and have experienced being in immigration detention. All requests for funds will be fully considered on a case-by-case basis and the steering committee will try to pay as many bonds as possible, so long as funds are available. The steering committee will aim to meet on a weekly basis to review applications and give responses as soon as possible. The steering committee will aim to prioritize individuals who are facing especially difficult situations due to being detained. This includes applicants who are facing physical and/or mental health issues that are aggravated by being detained; applicants who are the primary caretakers to dependents who are facing immediate hardship due to the applicant’s detention; applicants who face serious economic hardship and have no or limited support, options, and resources to pay their bond; applicants who will face negative long-term effects on their immigration status due to being detained; applicants who are members of the LGBTQ community; and applicants who face marginalization based on their language, race, ethnicity, or religion. Please find the English version of the application at this link: https://bit.ly/FairFightBondFundSupportEn. And the Spanish version of the application at this link: http://bit.ly/FairFightBondFundSupportSpa. If you would like a PDF version of this application, please send an email to bond@waisn.org. We hope to have this application available in other languages soon. Please email vanessa@waisn.org if you are able to support with translating this form into other languages. Applicants who are able to pay for part of the bond can note this on the application. It is not required to pay a part of the bond, but for those who can and want to, we provide this option as it helps the bond fund to cover more bonds.

END_OF_DOCUMENT_TOKEN_TO_BE_REPLACED

As COVID-19 continues to impact our communities, those most at risk are the members of our community who are in detention. Last week, La Resistencia broke the news that dozens of immigrants at the Northwest Detention Center had been exposed to COVID-19 by a GEO guard. Last month, we heard how in Georgia, immigrants held at a detention center were subject to forced hysterectomies and general medical neglect. These reminders are just two of the many reasons that we know immigration detention centers should be shut down and ICE should be abolished.

While we prepare for the long-term fight, we are also doing what we can to free the members of our communities who are in immigration detention. I am pleased to announce that the Fair Fight Bond Fund is gearing up to re-open in the coming weeks to pay the immigration bond funds of community members detained by ICE in Washington State. Next week, we will be participating in Fall Freedom Day---an effort coordinated by the National Bail Fund Network to pay bonds to free hundreds of community members from immigration detention in one day. Last year, the NBFN moved $2.1 million and was able to pay the bonds of nearly 200 people detained by ICE across the country. The Fair Fight Bond Fund will be participating in these efforts this year and hope that with our partners across the country we can release even more of our community members. As we work out some of the final details before we officially resume accepting and reviewing applications to help pay for immigration bonds, we ask that you consider donating to the Fair Fight Bond Fund so that we can have as much money in the fund to start paying bonds. If you have any questions, interest in volunteering with the bond fund, or other comments, please contact me at vanessa@waisn.org. Please send questions or requests about paying for bonds for specific cases to bond@waisn.org. In Solidarity,

In 2011, as part of a criminal justice reform package meant to reduce incarceration and its related expenditures, Kentucky became among the first states to require judges to use a risk assessment as part of their pretrial decisions. Similar risk assessments have since proliferated across the country in recent years, as jurisdictions that have decided cash bail is unjust — and potentially unconstitutional — have had to grapple with the circumstances in which to detain people who are too poor to come up with the money. Risk assessments can give the veneer of a more scientific approach than a judge’s discretion, while dampening critics who argue that getting rid of cash bail allows dangerous people to be released. A large amount of past court data is run through a system that determines what factors appear to correlate with higher rates of rearrest or failure to appear for later court dates. Each jurisdiction decides what factors to weigh more heavily, and the algorithm creates a matrix to determine whether someone is low risk, moderate risk, or high risk. Jurisdictions then decide how the scores get used; in most places, they are given to a judge to consider when deciding whether and how to release someone. Read more here.

END_OF_DOCUMENT_TOKEN_TO_BE_REPLACED 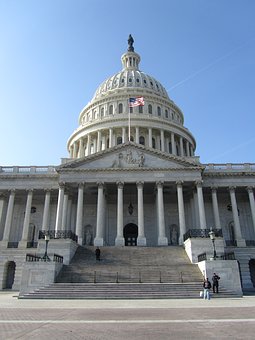 It is quiet right now in the Legislature, which makes it the perfect time to reach out to our Representatives and Senators and let them know what is important to us.See leg.wa.gov site for their contact information.  I am suggesting three issues that may resonate with JUUstice Washington members.  This list is one guy’s best guess of those few priorities that have-

Patrick O'Connor, Director of Thurston County Public Defense, will discuss new developments in the Thurston County justice system. These include bail reform as a part of a new risk-assessment tool for pretrial release; the First Look project that evaluates diversion potential for new arrestees; ICE arrests and the Keep Washington Working Act; and planning for an LFO Reconsideration Day. When: Monday, Nov. 18th, 7:00pm Where: Olympia UU Congregation, Olympia WA Sponsored by Justice not Jails.

END_OF_DOCUMENT_TOKEN_TO_BE_REPLACED

Posted on 18. October 2019 by webmaster
Last year Black Lives of Unitarian Universalism (BLUU) began a partnership with Love Resists. Bail keeps people in jail for weeks and even years—away from their families, friends and communities—before they see a judge. Bail traps people in debt, can mean a loss of custody of children, stable housing, employment, and more. The money bail system relies on dangerous and often biased presumptions about Black folks, People of Color, and poor people who have been accused of breaking laws and serves only to criminalize the poor and decimate families and communities. 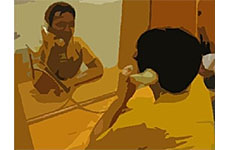 We’re inviting congregations and communities to join us for our End Money Bail 2020 Community Kick-Off, a webinar on Wednesday, October 23 at 5 p.m. PT. Join us as we welcome back partners and leaders from last year’s immensely successful Babies & Bailouts campaign and explore new ways to live into our universalist value that no one is free unless all of us are free. If you want to get involved, but can’t make the October 23 webinar, sign up and we’ll send you a recording of it directly. Register now: http://bit.ly/EndMoneyBail2020Kickoff Whether you’re unfamiliar with the campaign to end money bail or joining us again after participating last year, we encourage you to form a team to work through our End Money Bail Community Workbook. It’s designed to educate, build power, and take collective, informed action. We invite groups to participate and map power, develop skills, create an action plan, and support local and national efforts to #EndMoneyBail. Will you join us?

On a given day in Washington State, up to 50% of the people in county jail are there because they are poor. Cash bail enforces a guilty until proven innocent structure on the poor. It does not have to be this way. According to 2019 studies by the Washington State Auditor, bail alternative services in Yakima and Spokane counties showed the following: 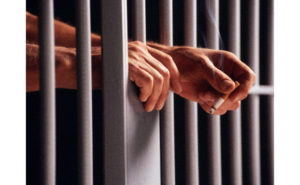 The benefits to those detained because they cannot afford bail are important. Several studies show people who stay in jail before trial often have worse outcomes in their legal cases, even after accounting for factors like criminal history. Multiple studies in different places show remaining in jail before trial increases the probability of conviction, guilty pleas and jail sentences, including longer sentences.

JUUstice Washington supported bail reform in the 2019 legislature, but we were not successful at passing the bills. This issue may stand a better chance in the 2020 if we ask our legislators to pay attention to common sense solutions. Kelly Thompson

2019 Preliminary Summary of Legislation Passed by the Washington State Legislature

Posted on 03. May 2019 by webmaster
Pretty impressive document.  Issued by the Office of Program Research Washington House of Representatives and published on April 29, 2019. Read more here . . .