You are here: Home / What We Do / Issue Action Teams / Environmental Justice / Food Security

Access to nutritious food is a human right. However, there is a serious discrepancy in the world between access and availability of food. The UN World Food Programme reported that 1/8th of the world population (870 million people) is chronically undernourished and 2 billion are micronutrient deficient. At the same time, 1.4 billion people worldwide are overweight. In addition, climate change is endangering food security and has many negative implications for agricultural production due to increased environmental stress including drought, heat, and shifts in water availability, with areas currently suffering from food insecurity most at risk.  Extreme events are already more frequent and severe and will continue to increase.

We have an imperative to effectively implement sustainable, long-term solutions to keep the world within global limits and thereby ensuring livelihood for us and future generations. In order to do this we need to work to meet food production needs of a growing and changing population, and minimize the effect of food production on climate.

Conversation with Sam Mace of Save Our wild Salmon and Elliott Moffett and Julian Matthews of the Niimipuu/Nez Perce, Feb. 18, 1 pm

Posted on 17. February 2021 by Deb Cruz
Earlier this month, U.S. Representative Mike Simpson (R-Idaho) released a visionary proposal to restore abundant salmon and steelhead to our region and strengthen Northwest communities. Join Backbone Campaign to discuss what this means for wild salmon and the regional economy, in a Conversation with Sam Mace of Save Our wild Salmon and Elliott Moffett and Julian Matthews of the Niimipuu/Nez Perce.

We celebrate Representative Simpson's courage. The people of the Pacific NW have shifted culture by taking visible actions to protect what we love, because the fate of our beloved resident orca depends on salmon from the Columbia-Snake River ecosystem. By breaching the dams - removing the earthen berm barriers impeding a free flowing Snake - scientists believe we can significantly impact runs of wild salmon. These salmon are critical food for the Salish Sea's resident orca. We have always acknowledged that the farmers and shippers who depend on the River need to be part of a recovery plan: Hear some of our talking points in this short video at a Human Orca Mural we did in Spokane. Learn more about Grain Train and how it can help farmers along the Snake in this Conversation we had with Ken Casavant, awhile back. Check out Rep Simpson's Legislative Framework Stay updated on this issue with our friends at Save Our wild Salmon Check out the extensive article by Lynda Mapes of the Seattle Times Thanks to Representative Simpson's leadership - as well as much work by grassroots organizers, including Elliott Moffett, Julian Matthews (Nimiipuu/Nez Perce); Joseph Bogaard and Sam Mace (SOS); Michelle Seidelman in Portland; and many others, we are celebrating the future of a wild Snake River, with benefits for all.
no comments

Mutual aid is a form of community and political action - it’s when neighbors work to collectively take care of each other, in recognition that solidarity and interconnected survival is absolutely crucial. Mutual aid has been a long-standing practice, especially for Black, Indigenous, and immigrant communities systematically harmed by and neglected by the state. It is about helping others without judgment, strings, or means-testing, and fighting for a future of collective care and solidarity.

Currently, hundreds of mutual aid groups are organizing to distribute groceries, PPE, medicines, and baby supplies to their neighbors, to help with rent relief where possible, to disseminate critical information, and much more.

For months, Town Hall Project has been supporting this movement through Mutual Aid Hub, connecting people to their local community groups, collecting resources, and bringing mutual aid organizers in best practice conversations together. As this pandemic continues and so many lives and livelihoods are disrupted, their work is more important than ever.
Directly donate to local mutual aid networks here. Town Hall Project does not take any percentage of these contributions - all goes directly to community groups and their work.
If you can’t find a group close to you or you want to learn more, volunteer, get in touch, search your zip code on Mutual Aid Hub.
no comments 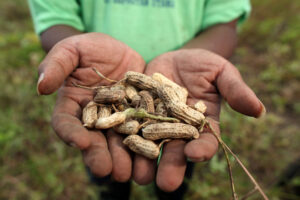 Food is a big deal and the films presented in this festival will reveal the link between environmental injustice, climate change, food insecurity and white supremacy.  The award-winning films will include "Gather," "Invisible Vegan," "Dolores" and "Urban Root".   In addition the films, there will be interviews with the filmmakers themselves.  Each film will be available for 24 hours each day of the festival timeframe.  And, they are free!  Sponsored by The Center for Biological Diversity. REGISTRATION & MORE INFO

Webinar on Agriculture, Food and Climate

On September 15 a webinar on agriculture, food and climate will cover issues of land use, soil policies, food supply, environmental justice and climate change. The webinar is sponsored by the EU Delegation to the U.S. (European Union Embassy) in DC. Registration is free, at https://events.euintheus.org/events/bringing-farmers-to-the-table-agriculture-climate-economy-and-equity/?sf128592465=1

The world's Indigenous Peoples face severe and disproportionate rates of food insecurity. While Indigenous Peoples comprise 5 percent of the world's population, they account for 15 percent of the world's poor, according to the World Health Organization. But through seed saving initiatives, financial support, mentorship, and community feeding programs, many organizations are working to protect Indigenous food sovereignty—the ability to grow, eat, and share food according to their own traditions and values. Read more here.

Groups like the Yakima, Washington-based Northwest Horticultural Council are saying they can’t find enough people to pick fruit. The heavily agricultural area has been the epicenter of a breakout in the state. Covid-19 safeguards designed to protect workers have also made it impossible for some farmers to bring in the number of workers they require, according to the council. Read more here.

Posted on 10. August 2020 by webmaster
Farmworker advocates still feel there is cause for concern, namely because farmworkers, especially foreign guest workers, might not feel comfortable speaking out about safety concerns.
During the peak harvest season, the Northwest Justice Project’s farmworker unit does a robust outreach to check in on farmworkers, especially H-2A workers working in guest worker housing.
Such outreach has been much more difficult this year given restrictions due to COVID-19, said Michele Besso, senior attorney for the farmworker unit of the Northwest Justice Project in Yakima. Many housing facilities are limiting visitors. Read more here.
no comments

The European Commission launched a new Farm to Fork strategy in an effort to reduce the social and environmental impact of the European food system. It is the newest strategy under the European Green Deal, setting sustainability targets for farmers, consumers, and policymakers.

"Farmers are under extreme pressure," Stefan de Keersmaeker, European Commission Spokesperson for Public Health and Food Safety, tells Food Tank. "But our environment and health are under pressure." The strategy aims to reduce the use of chemical pesticides by 50 percent, increase the proportion of land used for organic farming to 25 percent, and reduce nutrient loss by 50 percent before 2030. It is also working to tackle food waste, loss of biodiversity, and unfair wages in the food chain.
Read more here.
no comments

August 9 is the International Day of the World's Indigenous Peoples – a celebration of the uniqueness of the traditions of Quechua, Huli, Zapotec, and thousands of other cultures, but also of the universality of potatoes, bananas, beans, and the rest of the foods that nourish the world. These crops did not arise out of thin air. They were domesticated over thousands of years, and continue to be nurtured, by Indigenous people. On this day we give thanks to these cultures for the diversity of our food. Read more here.

Collecting and organizing genetic diversity as a conservation strategy emergedin the 1960s and now plays an important role in ensuring the world's collective food security. Seed saving organizations have helped secure over 100,000 seedsduring wartime in Syria, preserve 13 million seeds from over 70 species of native trees in the United Kingdom, and contribute to over US$77 million in pastoral agriculture revenue in New Zealand. As the climate crisis continues, seed preservation may also be critical in research and innovation to help farmers adapt to changing conditions. Read more here.

In the United States, over 2,000 acres of agricultural land are sold every day for housing or commercial development, according to the American Farmland Trust. This has especially affected Black farmers who, since 1920, have seen nearly a 90 percent decline in land ownership, according to the U.S. Census. Over the past decade, as many as 200 million hectares of land have undergone large-scale transactions internationally, according to a study by Oregon State University. These transactions, taking the form of land grabs or corporate consolidation of agriculture, often deteriorate the economic livelihood and food security of small farmers and communities reliant on these lands for sustenance, as reported by the Oakland Institute. When communities control their own farmland, residents can invest in sustainable and affordable agriculture, which helps to alleviate hunger and malnutrition, according to the World Bank. Read more here.