You are here: Home / Resources / Books, FAIN / CHANGING THE NARRATIVE ABOUT NATIVE AMERICANS A GUIDE FOR ALLIES

Even with such a strong identity, contributions and presence, however, contemporary Native Americans are largely invisible to the rest of the country. Native American voices are rarely heard in the news, in popular culture or in history books, and what little isreflected in those venues about Native issues and cultures is riddled with misinformation and confusion.

A group of diverse Native and non-Native stakeholders from across the country has conducted unprecedented research and developed a strategy to change this situation
as part of an initiative called Reclaiming Native Truth. This initiative is designed to eradicate harmful and toxic narratives, stereotypes, structural and institutional racism, dehumanization, and the invisibility of Native Americans. It aims to increase access to opportunities and rights and to ensure that Native Americans live in a society where they are celebrated as a vital part of the fabric of the United States as both leaders and key contributors. 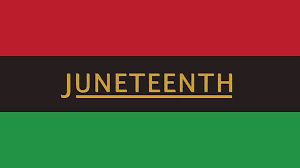