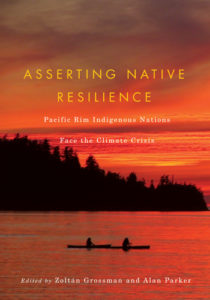 Indigenous nations are on the frontline of the current climate crisis. With cultures and economies among the most vulnerable to climate-related catastrophes, Native peoples are developing responses to climate change that serve as a model for Native and non-Native communities alike.mmAsserting Native Resilience presents a rich variety of perspectives on Indigenous responses to the climate crisis, reflecting the voices of more than twenty contributors, including Indigenous leaders and Native and non-Native scientists, scholars, and activists from the Pacific Northwest, British Columbia, Alaska, and Aotearoa/New Zealand. Also included is a resource directory of indigenous governments, non-governmental organizations, and communities that are researching and responding to climate change and a community organizing booklet for use by Northwest tribes.