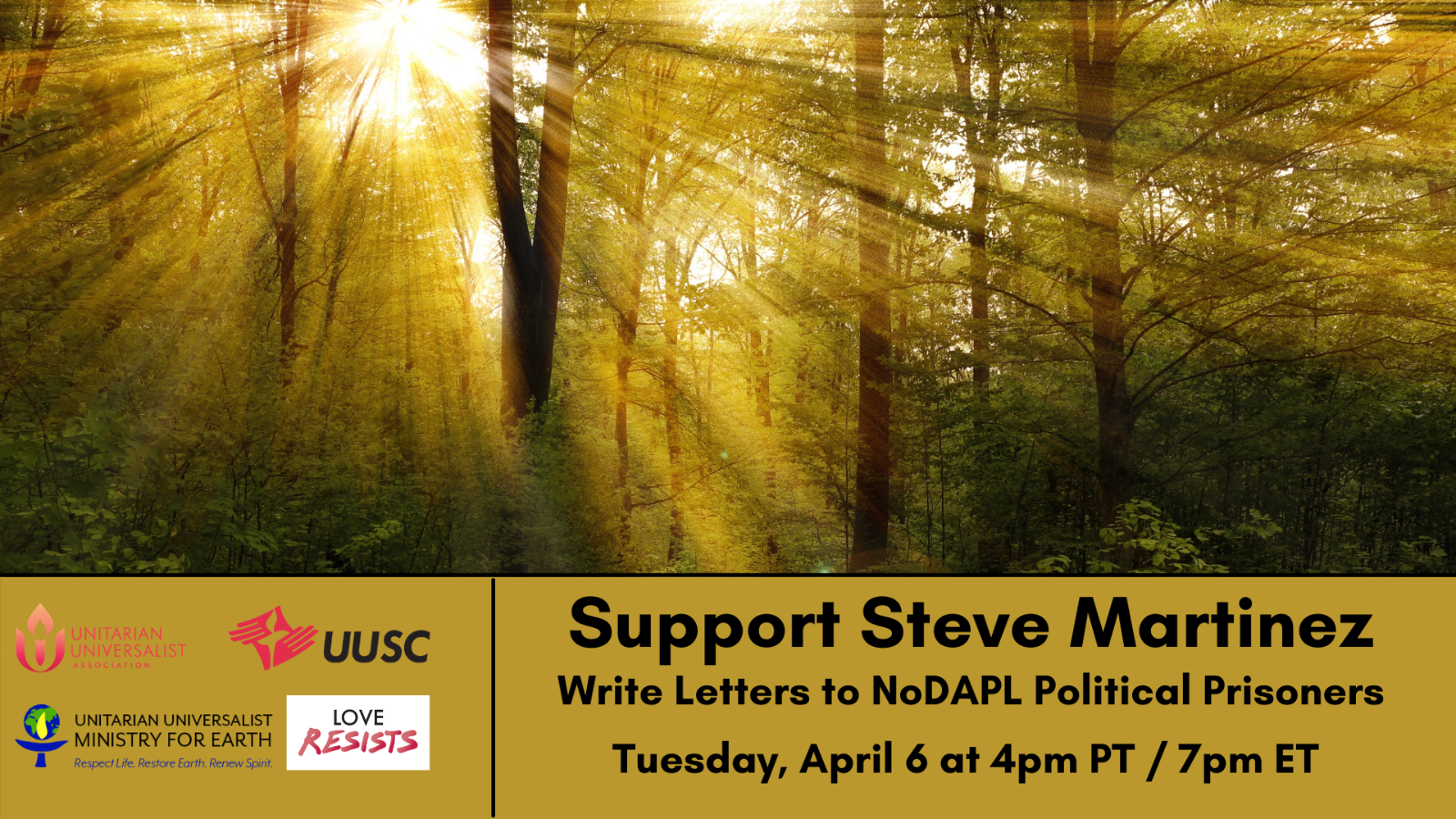 Join the Unitarian Universalist Association, UU Ministry For Earth, UU Service Committee and Love Resists for a letter writing campaign to show solidarity with Steve Martinez, a NoDAPL political prisoner who has been recently incarcerated after refusing to face a grand jury for a second time. Steve, an Indigenous water protector, was first subpoenaed to a federal grand jury in 2017 for his participation in the NoDAPL resistance movement and refused to comply then as now. This recent targeting came as a disconcerting surprise to many who have been supporting water protector political prisoners for the past four years. On the call, hear from Water Protectors and UU organizers about Steve’s current legal situation, and write your own letter to Steve and other NoDAPL political prisoners.

Another way to support is to DONATE to Steve Martinez’s GoFundMe.