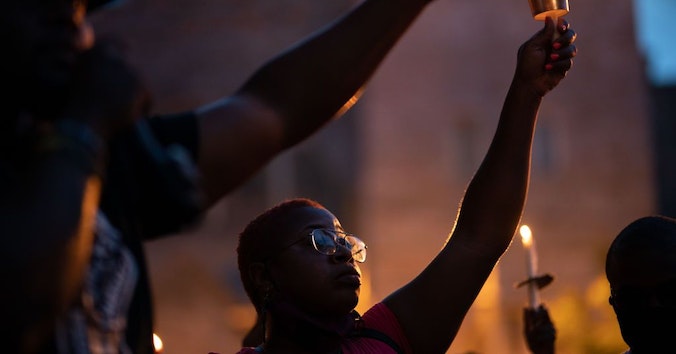 Join us for The Good Trouble Vigils for Democracy on July 17 – the one year mark of the passing of Rep. John Lewis – as we carry on his legacy by hosting candlelight vigils nationwide to demand that Congress act to protect our freedom to vote and rebuild our democracy.

Six months have passed since the failed attack on our nation and our democracy on January 6th. Since that day, anti-voter laws have been passed in states all over the country and the U.S. Supreme Court’s recent rulings have made clear that it will not act to protect the sacred right to vote. This summer, Congressional districts risk being redrawn in a way that will allow politicians to choose their voters – rather than the voters fairly choosing who represents them.

We have reached an inflection point in which we must force our elected officials to act now or risk losing the very foundation of our republic.

But there is hope for us to stop this undercurrent of corruption and rebuild American democracy so that the freedom to vote is protected, billionaires don’t control our political systems, and our representatives actually respond to we the people.

To do this, we must pass the For the People Act, the John Lewis Voting Rights Advancement Act, and D.C. Statehood – and we can’t let anything, including the Jim Crow filibuster, stand in our way!

We must and will win this Fight!