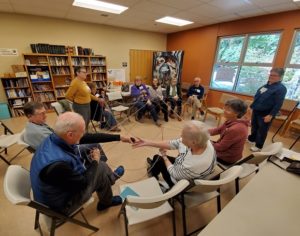 ♦♦ The 2019 Pacific Northwest Justice Summit “Navigating Intersectionality,” at Olympia UU Congregation, served more than 100 faith leaders from 20 congregations. Followup information is now available on our website, including notes from breakout sessions, summaries of plenary sessions, the text of Reverend Mary Gear’s homily and comments from participants. If you were there, review important information. If you missed it, explore some of what we learned. More

♦♦ The UUA’s Organizing Strategy Team is cooking up a plan to support all of us as we #UUtheVote in 2020. UUs have deep history working for justice in the streets and on the ballot, and in partnership with people of all backgrounds as we fight for our democracy. This year, our values and our principles are more at stake than ever before and we’re wanting to make sure we do all we can so that our friends, neighbors, cities, and towns #votelove. While some of it will be new, a lot of our work will be connecting to and supporting what so many of us are already doing. Based on that, would you take 5 minutes to fill out a survey to help the core team design what’s going to be most useful and make the most impact this year? Click here to give us your input about #UUtheVote2020! Your input will make sure that we put our efforts in the best places with the right focus.

In faith and solidarity, The UUA Organizing Strategy Team 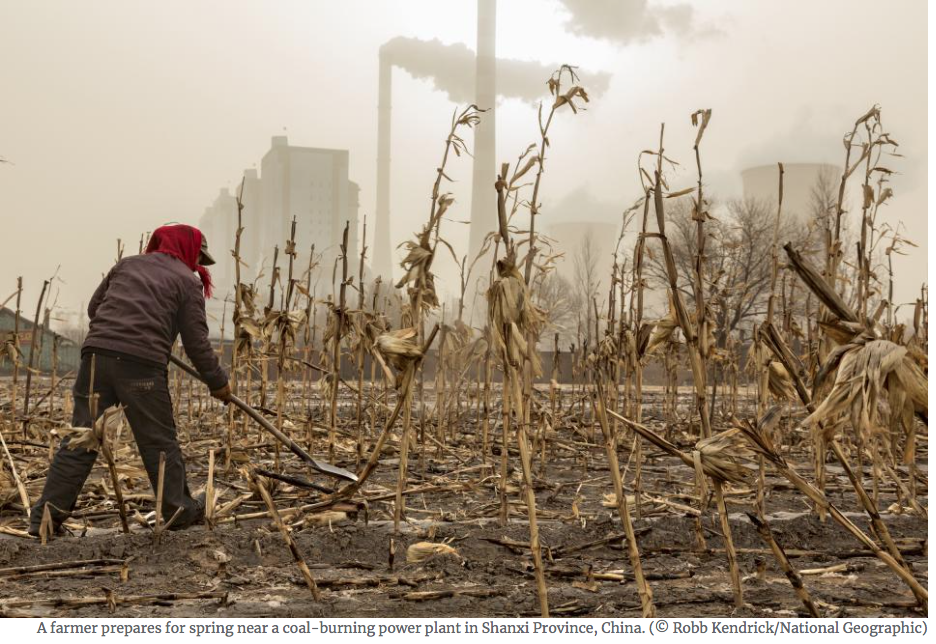 I was sitting on a Sunday afternoon [waiting] for the start of the Create Climate Justice conference…. at times during the previous year I spent working at an environmental NGO I found myself paralyzed by despair over what humans are doing to our planet.

The same feeling was settling in as the presentation went on. The difference was that here the discussion didn’t stop at emissions. We were talking about climate as part of the larger problem of capitalism, a system that relies not just on taking what we want from the earth without considering the consequences, but on exploiting our fellow humans as well. Coal mining, for example, harms both the bodies of the miners and the local environment, and the implications of its use ripple out to frontline communities and ecosystems around the globe. Economic exploitation and climate change are linked, and to make matters worse, marginalized communities will feel the effects much faster and more severely than those who benefit from their work.  Read more here.

♦ Fossil Fuels on Trial: Where the Major Climate Change Lawsuits Stand Today.  Over the past few years: Two states launched fraud investigations into Exxon over climate change, and one has followed with a lawsuit that went to trial in October 2019. Nine cities and counties, from New York to San Francisco, have sued major fossil fuel companies, seeking compensation for climate change damages. And determined children have filed lawsuits against the federal government and various state governments, claiming the governments have an obligation to safeguard the environment.  Read more here.

♦♦ The Sunrise Movement, a national movement for young people organizing to combat climate change, is calling for for another national climate strike on December 6th, 2019. They want to make clear that they will vote against candidates who do not support the Green New Deal. Find a local hub. More 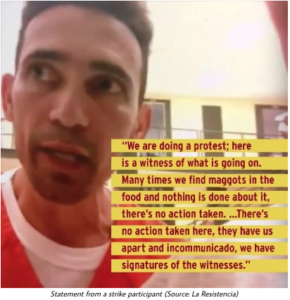 ♦ Judge Blocks Trump Administration ‘Public Charge’ Rule As a Result of AG Ferguson Lawsuit.  A federal judge in Eastern Washington today blocked Trump Administration from implementing its changes to the “public charge” rule nationwide while a lawsuit brought by Attorney General Bob Ferguson and a multistate coalition progresses.  Judge Rosanna Malouf Peterson in the U.S. District Court for the Eastern District of Washington in Spokane issued a nationwide preliminary injunction. In order to grant a preliminary injunction, the judge found that the states have a substantial likelihood of winning the case, and that if the changes go into effect, the states are likely to suffer irreparable harm. Read more here.

♦ Hundreds of ICE detainees refusing to eat food provided at Tacoma detention center.  More than 200 detainees are refusing to eat food served to them at the Northwest ICE Processing Center on Tacoma’s Tideflats, according to an immigrant rights group.  La Resistencia wrote in a press release Friday morning that detainees are participating in a hunger strike and “demanding eatable food, humane treatment by guards and the shutdown of the facility.”  Read more here. 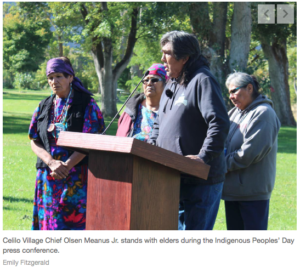 The Lummi Nation’s Fight for ‘Rights of the Orcas.’ The members of the Lummi nation have vowed to bring her back to her home in the Salish Sea . . . with a larger goal this will bring back peace to the Salish Sea . . . In July 2019, the Lummi Nation announced an intent to sue the Seaquarium for a violation of the Native American Graves Protection and Repatriation Act (NAGPRA), in order to elicit Tokitae’s release. Read more here.

♦ National Native/American Indian Heritage Month – November.  November of each year is usually proclaimed as the month where we celebrate and recognize “the accomplishments of the peoples who were the original inhabitants, explorers and settlers of the United States.”  Background information on the designation can be found here.  Everyone is encouraged, if not during any other time of year, during the month of November to find ways to honor our indigenous neighbors.

♦♦♦ It is quiet right now in the Legislature, which makes it the perfect time to reach out to our Representatives and Senators and let them know what is important to us. Go here for suggestions for issues that have precedent and momentum, or to suggest other priorities. More

♦ Poverty Simulation Workshop. Thursday, November 7th,6 pm-8 pm at the Sehome High School Commons (Bellingham).  At the Foundation, we have the privilege of raising resources for each of our 22 local public schools to help every child feel healthy, engaged, supported and challenged to meet their unique potential. We see firsthand that students living in poverty face unique constraints that can make achieving their full potential more difficult.  Read more here.  Additional information on the curriculum can be found here. 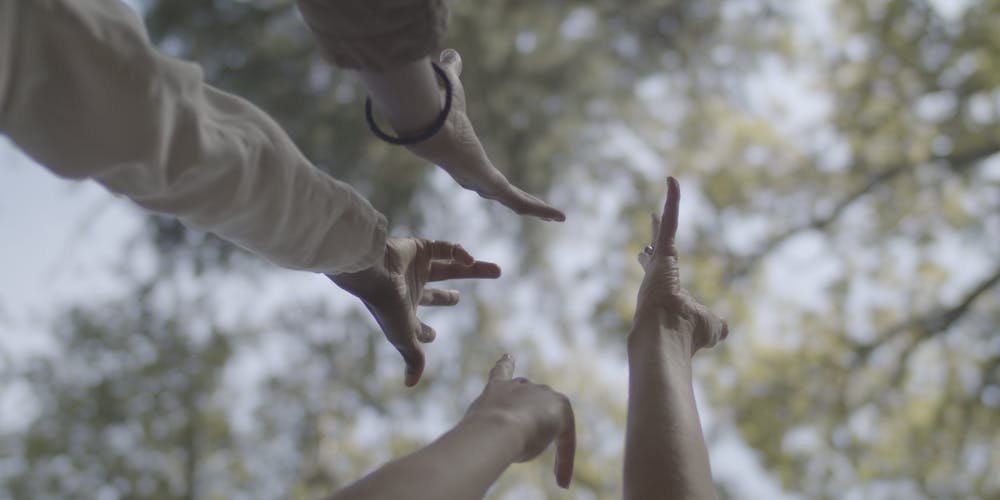 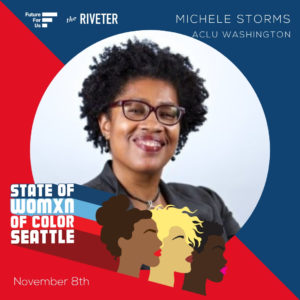 Join The Riveter and Future for Us for The State of Womxn of Color Roadshow, an evening to tell audacious stories of womxn of color at work, accompanied by an overview of the data, insights and solutions. This collaboration provides a platform for rising and established womxn of color professionals to share their experiences and next step strategies as they build powerful communities to create a future for where womxn of color lead at the highest levels across all sectors.  Hear from ACLU’s Michele Storms, Fred Hutch’s Raquel Sanchez, Skillspire’s Yasmin Ali and others, about stories that shaped their careers and how we come together to shape our region’s economic future with womxn of color at the center of the economic and innovation boom. More

♦ Nov. 9th in Seattle offers an opportunity to hear from some amazing speakers, Ganesha Gold Buffalo, Maru Mora Villalpando, Patricia Allen, and youth organizer Emily Martin, at the Coalition of Anti-Racist Whites (CARW) fundraiser. No one turned away for lack of funds. More

♦♦♦ From Academy Award nominee, director Richard E. Robbins, “Girl Rising” tells the engaging stories of nine unforgettable girls from around the globe, ordinary girls who struggle to overcome nearly impossible odds in pursuit of their dreams. More
For other Movies for Justice, please check out the JUUstice Washington calendar or the Meaningful Movies® Website

♦♦♦ Uprisings like the 1999 World Trade Organization protest build collective power to transform the intersecting crises of our times into opportunities for equity, healing, and sustainability. Join the WTO+20 gathering for hands-on direct action training, arts workshops, story-telling, and opportunities to plug into local organizing! More

For this and other scheduled trainings, protests, vigils, flash stances and rallies, please check out the JUUstice Washington calendar

Burnout can mean different things to different people, but broadly defined, it’s not just a string of bad days, being tired from working long hours, or realizing that your job isn’t the right fit for you. Burnout is often by marked by growing cynicism, depression, and lethargy that don’t let up, and by feelings of anxiety, irritability, or even guilt. Some activists experience physical consequences from burnout, too, like insomnia, bodily pain, or illness.

While burnout can happen to anyone who’s devoted to their work, research suggests that social justice and other human rights workers are especially susceptible to it. Which makes sense, right? We can’t describe why better than activist Amanda Van Slyke:

“…the problem is, when our lives are based around inspiring others to create change… we feel guilty for slowing down and admitting that we need a break. And when we finally take that break because we’re so fried that we can’t go any further it forces us to ask the question: When you’re the backbone who’s working to lift everyone up, who’s going to catch you?”