Justice Summit— Save the date:  October 12, 2019 (with pre- and post-events on the 11th and 13th).  This year’s theme is “Navigating Intersectionality.”  One plenary session, Intersectionality: Meaning and Challenge, will explore moving beyond traditional frameworks that separate social problems into singular and distinct challenges faced by specific groups. It starts from the premise that our multiple identities can cause cumulative or offsetting experiences with more than one type of oppression and privilege. The second Plenary Session, Meeting the Challenge, will explore practical ways that persons from diverse and overlapping identity groups can work together and find common goals in more powerful ways than groups with one focus of identity. In addition, intersectional breakout groups will jump-start the process of working together on some of the most compelling intersections of justice issues in our state.

Note: In this time of rapidly changing conditions, many activities erupt after the News Update publication date has passed. Don’t miss out! To stay current with all events in your areas of interest, check the more frequently updated calendar and website action areas.

♦♦♦ AUGUST 3rd! March for Dignity Dialogue.  There will be a Dignity Dialogue the day before the march where we will discuss the new WA State legislation, Keep Washington Working, and what our local government is required to do to guarantee our community is safe. We welcome Eric Gonzalez from the ACLU. As one of the key people in the Legislature leading the advocacy strategy, he will lead us through the legal implications for Whatcom County and all cities.
WHEN: Saturday, August 3, 2019 from 1-3 pm.
WHERE: Bellingham Unitarian Fellowship (1207 Ellsworth St. Bellingham, WA 98225)

♦♦♦ AUGUST 4TH! March for Dignity.   Join farmworker leaders from Community to Community (C2C) and Familias Unidas por la Justicia (FUJ) in an historic march in rural Whatcom County. The march starts with a sunrise ceremony and mistica at Customs and Border Patrol facility in Ferndale, and will proceed past several worksites where H2A workers have been contracted. Then march south on Meridian to Bakerview Rd in Bellingham. Read more here.

♦♦ Trump Department of Labor Proposes Harmful Changes to H-2A Agricultural Guestworker Program.  The proposal would sharply reduce the obligation to recruit U.S. workers. The rule proposeseliminating the “50% rule,” a key protection for U.S. workers that requires employers to hire qualified U.S. workers through at least the mid-way point of the contract; and replacing it with a requirement to hire U.S. workers only for the first 30 days of a contract, or until the end of the staggered entry of H-2A workers (staggered entry also being a new provision that could make it more difficult for U.S. workers to learn of job opportunities at H-2A employers). Some U.S. workers would lose job opportunities.  Read more here. 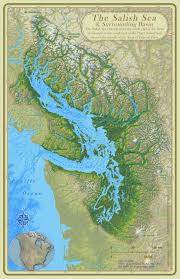 ♦♦♦ Penn Cove Commemoration.   August 8th, 2:00 – 6:30 pm at the Coupeville Wharf, Whidbey Island, WA.  49 years ago over 100 Southern Resident orcas were herded into Penn Cove off Whidbey Island, WA. In memory of the nearly 40 Southern Resident orcas captured in Washington State, and the 13 orcas killed during the captures, and in honor of Tokitae, the sole survivor, Orca Network is sponsoring a series of events on Tuesday August 8th to commemorate the 49th anniversary of the 1970 Penn Cove Orca Capture.  More.

♦♦♦ “Boats on the Water.”  SAVE THE DATE!   September 27 at the Blaine Marine Park, 5-7 pm.  Please save the date and include this as the concluding event for the other events being planned for Climate Action Week and the Season of Creation at the end of September.  “BOATS . . . ” is a gathering, led by the Tribes/Nations of the Pacific Northwest, to call attention to the imperative to restore and protect the Salish Sea.

♦♦ Indigenous nation in Washington State seeks meeting with feds on Trans Mountain.  The Lummi Nation in northwest Washington state is requesting a meeting with Canadian officials regarding the environmental impacts of industrial projects on the Salish Sea off the coasts of Washington and British Columbia.  Read more here.

♦♦ Aug 12, Mt. Vernon, CIVIL DISCOURSE ACROSS THE AISLE (LWV-SKAGIT). 6:30-8:30 pm. League of Woman Voters.  Yes! It IS possible for politicians to represent different parties and still work together respectfully to legislate on our behalf. We’ll find out how it’s done—and what the challenges are—from Rep. Norma Smith (R) and Dave Paul (D) from the State 40th LD.

♦♦ Looking for information on the Washington State Legislature?  Do you need to find out who your legislators are or what district your are in?  What legislation is being considered and what is its status in the legislature?  What are the legislative committees and which legislators are on them?  All this information and more is available at the Washington State Legislature website.  Check this website out before the 2020 session begins in January.  Review legislation that was passed in 2019 and what didn’t pass, contact your legislators to see what their priorities will be and watch for 2020 election information beginning now!

♦♦ The Lessons of Washington State’s Watered Down ‘Public Option.’  For those who dream of universal health care, Washington State looks like a pioneer. As Gov. Jay Inslee pointed out in the first Democratic presidential debate on Wednesday, his state has created the country’s first “public option” — a government-run health plan that would compete with private insurance. More 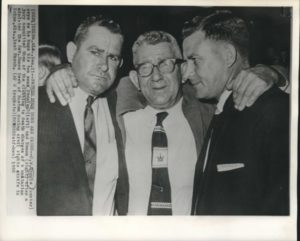 ♦ White Lies:  NPR Podcasts. NPR put together a compelling and fascinating seven-part series about the UU minister and civil rights activist, James Reeb, who was murdered in 1965 by white supremacists. One part murder investigation, one part history, and one part biography. It talks a little bit about Unitarian Universalism and its role in the civil rights movement back then.  “In 1965, Rev. James Reeb was murdered in Selma, Alabama. Three men were tried and acquitted, but no one was ever held to account. Fifty years later, two journalists from Alabama return to the city where it happened, expose the lies that kept the murder from being solved and uncover a story about guilt and memory that says as much about America today as it does about the past.” More.

♦ August 18, 9:00 – 10:30am.  Workshop: Race & Identity.  Race and Identity Class series-This once a month four part series will be led by East Shore Unitarian Church Director of Lifelong Learning, Aisha Hauser. Aisha will lead participants in discussions about how race and identity shapes our experiences and our understanding of social justice issues. 12700 SE 32nd St., Bellevue, WA 98005-4317.

♦♦ The UU Ministry for Earth (UUMFE) has begun actions to work for passage of the Green New Deal following the General Assembly passage an Action of Immediate Witness endorsing the Green New Deal. The UUMFE has organized climate activists by state and region and appointed coordinators for each. JUUstice Washington Climate Lead Bill McPherson will be the Washington State and Pacific West coordinator. Each month there will be Climate Conversations via Zoom teleconferencing, on a rotating basis, starting with state networks in August, regional in September and national in October. Emails will be sent each month with the date, time and links. For more information, see https://juustwa.org/uumfe-organizes-uus-for-green-new-deal/

♦♦ Online Panel Discussion Can Spark Your Congregation’s Climate and Economic Justice Activism. An excellent video to facilitate the discussion is “The Climate Crisis and the Green New Deal” by the Sanders Institute. It can be found here.

♦♦♦ August 3, Tacoma WA – Art Storm for Climate Action.  350.Seattle.  This coming September 20th – 27th is the Global Week of Climate Action. Humans around the world will make their voices heard through direct actions, art, strikes, and protests as part of the growing climate movement calling for meaningful political action in the face of the climate crisis.  In preparation for September, a coalition of Puget Sound climate groups is hosting a day of brainstorming, creating, and networking.  More

♦♦ Climate Justice highlights from General Assembly 2019.  Aly Tharp, UUMFE.  The Unitarian Universalist Association (UUA) General Assembly (GA) is a massive, multi-layered event with thousands of people having widely-varying experiences. It’s impossible for me to paint the full picture for you. Thankfully, much of what happened at GA can be viewed online — though much of it cannot . . . Below is a highlight of GA events related to climate justice, through the lens of my personal experience and perspective. More

♦♦ UUs rally to end mass incarceration, stop Spokane jail expansion – UU World.  Chanting “End mass incarceration!” and “Schools not cells!” about 1,000 Unitarian Universalists gathered in a public park in Spokane, Washington, for the General Assembly 2019 public witness event. The crowd, many in Side With Love T-shirts and holding signs, heard from a number of local partners and UU leaders, including UUA President Susan Frederick Gray, who called for an end to mass incarceration nationally and for the Spokane County Board of Commissioners to abandon plans to expand the Spokane County Jail.  More.

♦♦ Join Meaningful Movies® Spokane “Ancestral Waters” tells the story of the Puyallup Tribe who signed the Treaty of Medicine Creek in 1854. In exchange for ceding vast areas of land to the U.S. government, the Puyallup were given a small reservation and several other benefits, one of which was the right to fish in their usual and accustomed waters. This treaty-protected right to fish is being threatened by a liquefied natural gas plant being built by Puget Sound Energy without permits on the Tacoma Tideflats, across the water from Vashon. More.

For other Movies for Justice, please check out the JUUstice Washington calendar or the Meaningful Movies® Website

♦♦♦ Black Lives Matter Flash Stances occur on the 1st Sundays of the month in Bellevue, 2nd Sundays in Issaquah, 4th Sundays in Kirkland and the rare fifth Sunday in Woodinville.

For this and other scheduled protests, vigils, flash stances and rallies, please check out the JUUstice Washington calendar 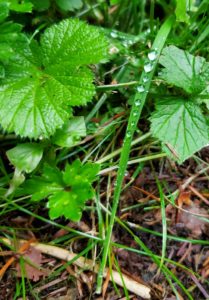 The Importance Of Self-Care For Activists And Campaigns

“Mark Williamson director of Action For Happiness, told HuffPost UK that people who spend their lives working on social issues often find it really hard to disconnect because they are so committed to the cause.

But actually, he believes that self-care is “essential” for activists and helps them be more effective in fighting the good fight.

“When you treat yourself compassionately, manage stress levels and get enough sleep, you are far better placed to make a lasting difference. Taking time to look after yourself too can improve your energy levels, concentration, decision making, empathy and relationships – as well as your overall physical and mental wellbeing.”  Read more here.